The Six Classes is a visionary program of the Green Science Policy Institute, whose aim is to reduce the use of harmful chemicals in consumer and other products. It focuses on entire classes or groups of chemicals of concern, rather than phasing out problematic chemicals one at a time.

This approach of tackling entire groups of chemicals is needed because more than 80,000 chemicals are used in the U.S. Many have not been well studied and their impacts on human and environmental health are not understood. Even so, some chemicals known to be harmful are commonly found in consumer products. Moreover, when a harmful chemical is phased out, often after years of research and advocacy, the replacement is likely to be a “chemical cousin” with similar structure and potential for harm.

The Six Classes approach can prevent such “regrettable substitutions” and accelerate reductions in toxics use.

In its work on each of the Six Classes, the Green Science Policy Institute convenes scientific experts, motivates needed studies, and publishes research results in peer-reviewed journals. Its findings are communicated widely, as part of its work for science-based change and for moving towards safer chemicals and/or technologies. A key element of the approach is to bring together scientists and decision-makers from business, government, academia, and nonprofits to develop coordinated strategies for reducing the production and use of chemicals of concern.

Learn more about the Green Science Policy Institute and chemicals of concern. 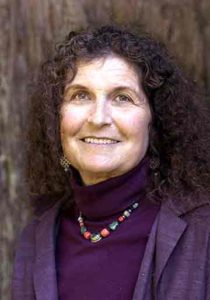 Arlene Blum Ph.D., chemist, author, and mountaineer is a Visiting Scholar in Chemistry at UC Berkeley and Executive Director of the Green Science Policy Institute. The Institute’s work has contributed to reducing the use of flame retardants and other harmful chemicals in consumer products worldwide. Blum led the first American ascent of Annapurna I; the Great Himalayan Traverse across the mountain regions of Bhutan, Nepal, and India; and hiked the length of the European Alps with her baby daughter on her back. Her current “mountain” is to work with decision makers in business and government to produce and purchase products with safer chemicals for a healthier planet.